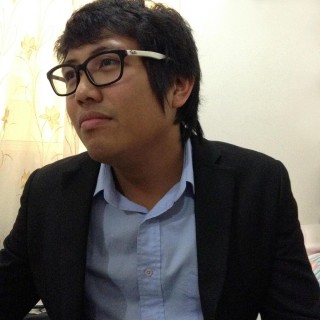 “Banal na Aso, Santong Kabayo” is a song by the Filipino folk-punk-alternative band Yano. The English translation of this song is Holy Dog, Saintly Horse. It is arguably one of the greatest Original Pilipino Music (OPM as we called it) songs of all time.

To testify its greatness: even though this song is 20 years ago when it was released, the song got recently covers from numerous artists — artists that are distinct in musical style — from the worldwide viral performance of the comedic yet talented Big Mouth at the show Pilipinas Got Talent, to female rocker Yeng Constantino, to the acclaimed performance of Shaira and Tanya at The Voice Philippines, and to the reggae rendition of Kokoi Baldo.

I can say all Filipinos have certain respect to this song, except those who are in various religious sects. They accused that this song was inspired from the devil. At the time it was a hit, they hurl all kinds of “insults” against this song, including blasphemy, and a devil’s subliminal message when “back masked”  to desensitize the song’s meaning — but this kind of attacks had just perpetuated the song’s sense.

The song is brilliantly written to attack religious hypocrites — hypocrites that are “masked” as a God-fearing person. Hypocrites that preach the Lord’s teachings, but neglect to follow the teachings for themselves.

For the first verse: The narrator tells a story of a woman is praying with eyes closed in public (in a passenger jeep as the lyrics say.) And then, she commanded the jeep driver to stop the jeep so she can get dropped off at the convent. But the jeep driver differ and replied, “at the right unloading area only, or else I’ll be caught by the police.” Then the woman got mad to this and began cursing!

“When you pray, you shall not be like hypocrites – for they love to pray standing in the synagogues and on the corners of the streets, that they may be seen by men. . .When you pray, go into your room, and when you have shut your door, pray to your Father who is in the secret place; and your Father who sees in secret will reward you openly.”

And for the second verse, a man preaches the name of the Lord on a street. A beggar boy goes near him and asked for alms. Eveytime the boy insisted, the preaching man refuses. Eventually, the man transferred to a location somewhere else wherein he can get rid of that beggar boy.

“Not eveyone who says to Me, ‘Lord, Lord,’ shall enter the kingdom of heaven, but he who does the will of My Father in heaven.”

And for the post instrumental “hypnotizing” solo: the Golden Rule.

“Therefore, whatever you want men to do to you, do also to them, for this is the Law and the Prophets.”

I am not sure if Dong Abay, the lead vocal and composer of the band Yano, intended to make satirical stories inspired from the Bible for the lyrics. Or maybe this is just his plain observations on his surroundings. I repeat, this song was released 20 years ago from the date of this writing, but the lyrics are still relevant today, and will always be.

All we can do, because of this song and its Bible significance, is to be aware not to be like religious hypocrites.

But for the moment, let us listen again to this great song and feel sentient to its meaning. And after we did, we can go back to listen to songs of today that is full of meaningless messages that promotes drugs, alcohol, and sex.

2 thoughts on “Banal na Aso, Santong Kabayo — a Biblical significance of one of the most satirical Filipino song.”